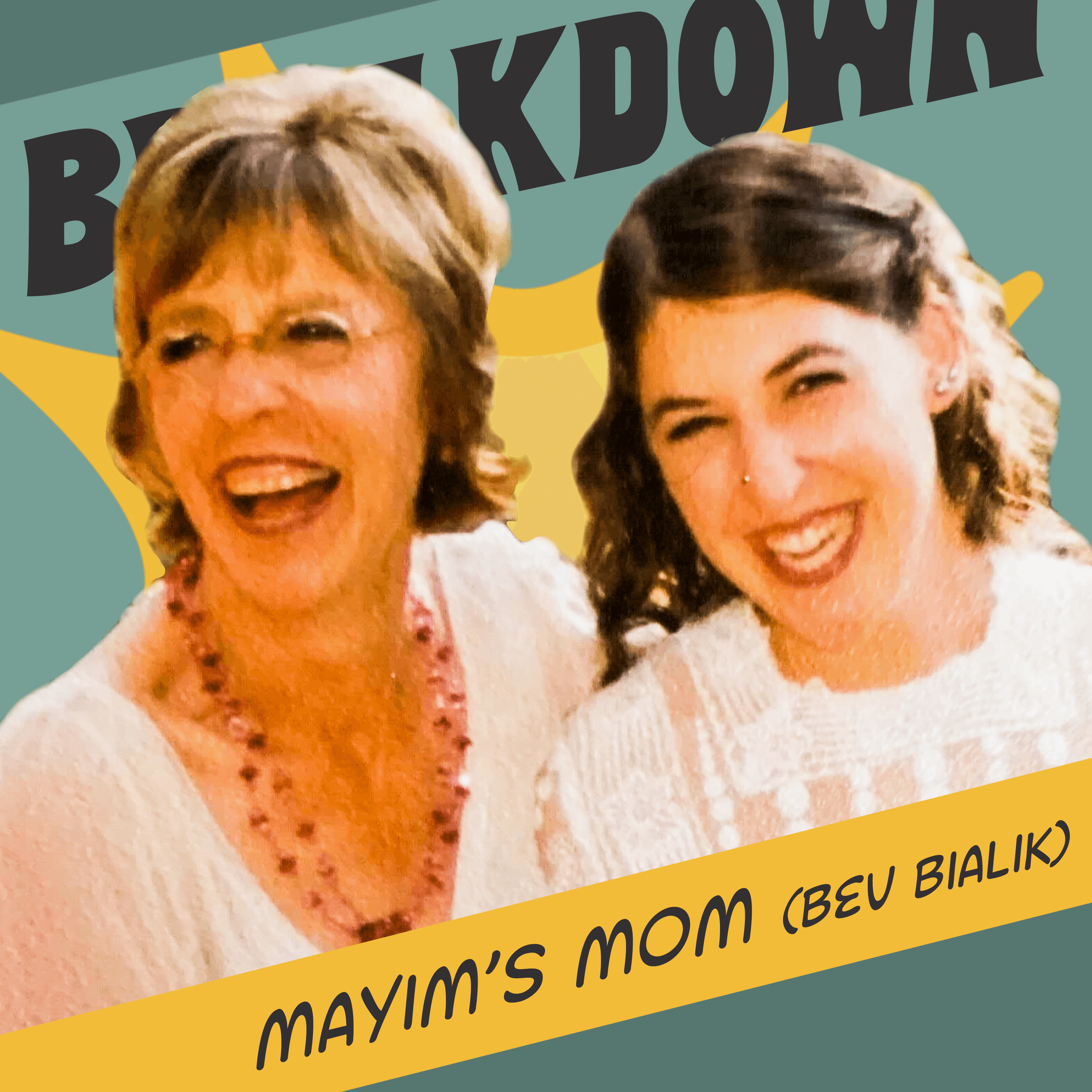 Back again this week with what is quickly becoming a fan favorite, the Bevisode! In this third installment we go a little meta with Bev breaking down her own episode... breaking down other guests’ episodes. Bev goes on to share her admiration for us getting a ‘down to earth’ millennial like Sofia Franklyn on the show along with her lack of enthusiasm for the mindful, philosophical conversation we had with Sam Harris. Later Bev reflects on the sadness she felt during Jaleel White’s openness about the realities of being a child star and the similarities she saw in Mayim. And finally, we break down her thoughts on male nail polish in AJ McLean’s episode, plus the correlations around the idea of ‘chaos’ that she experienced in her life. 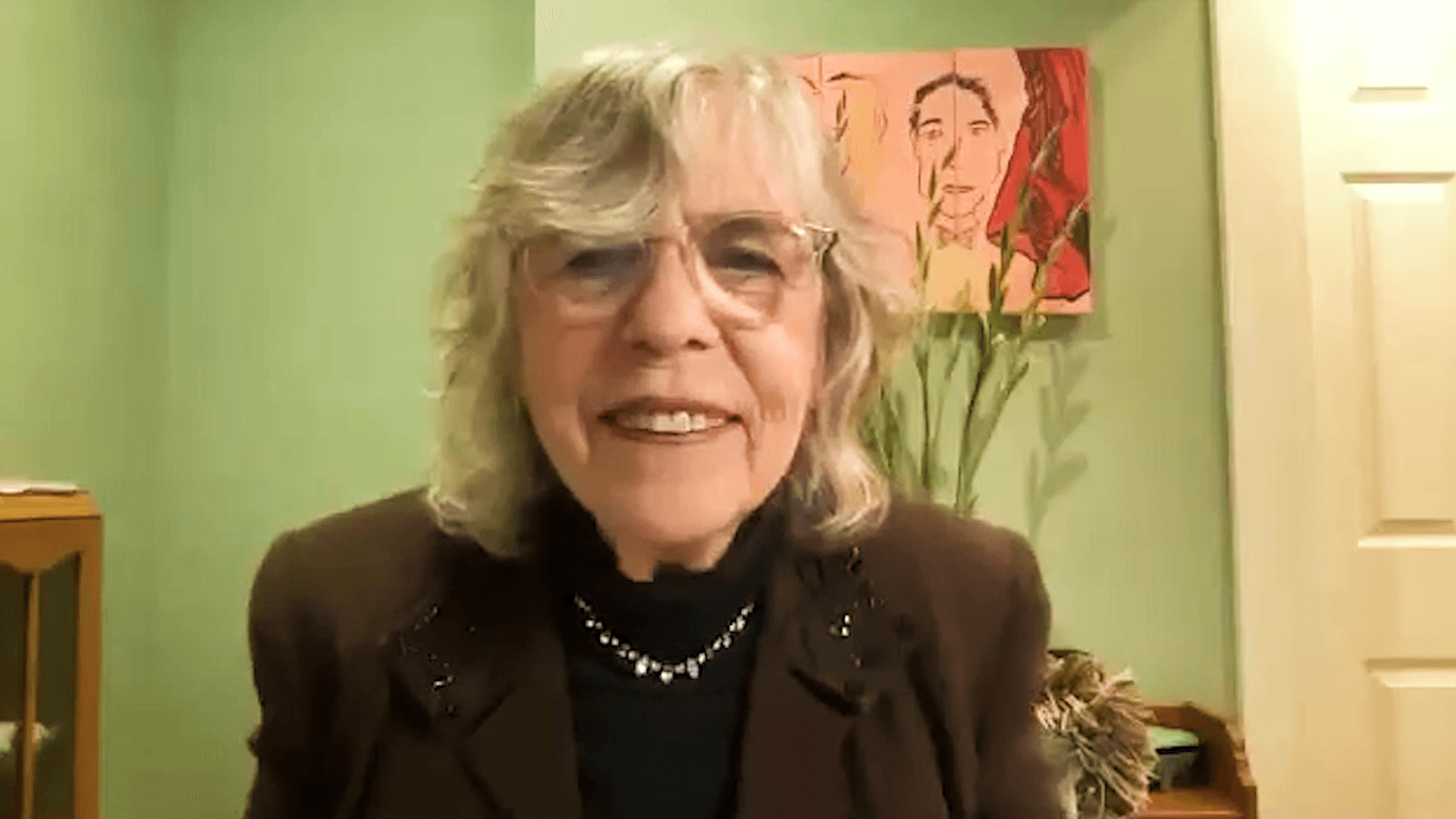 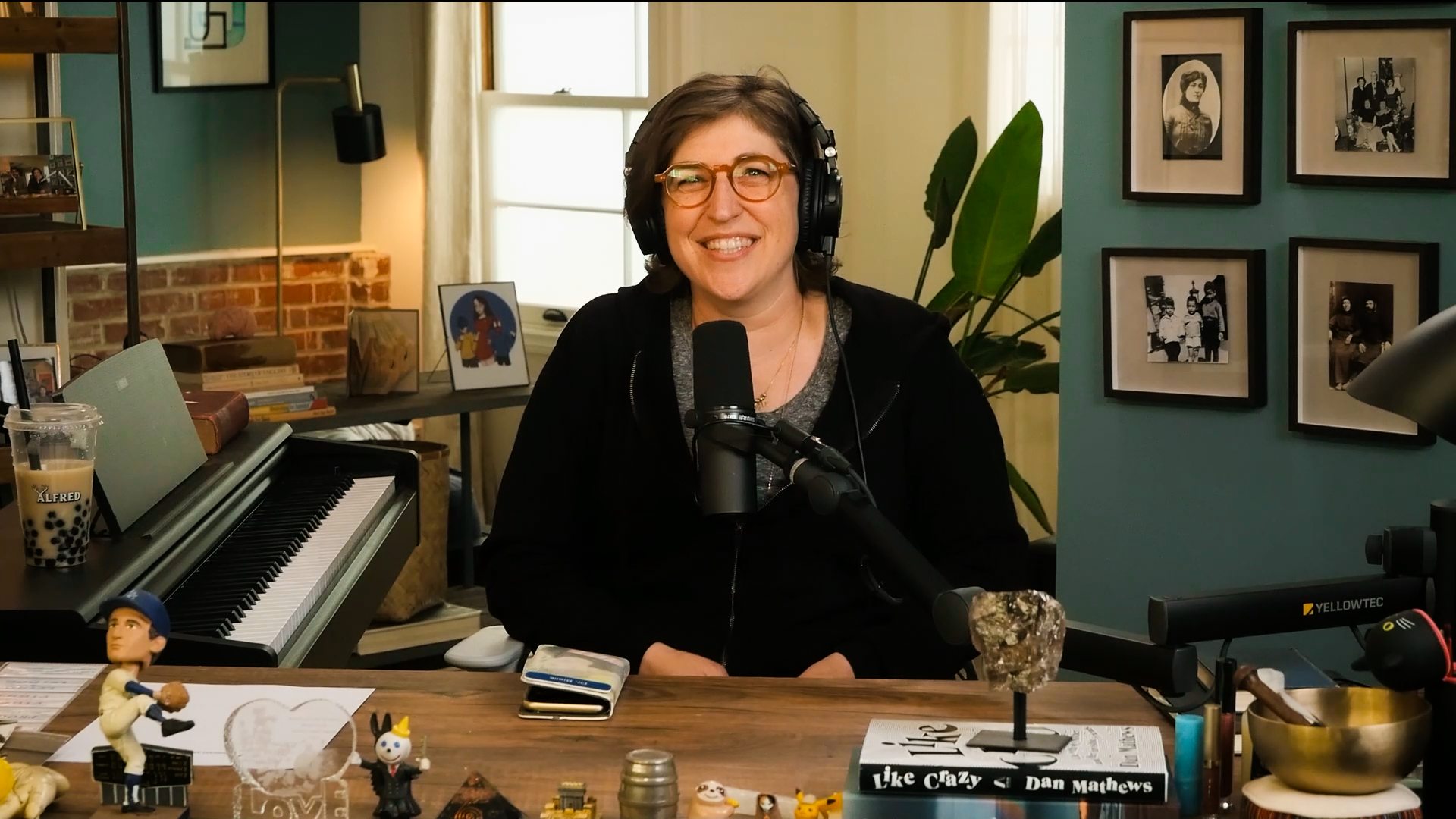 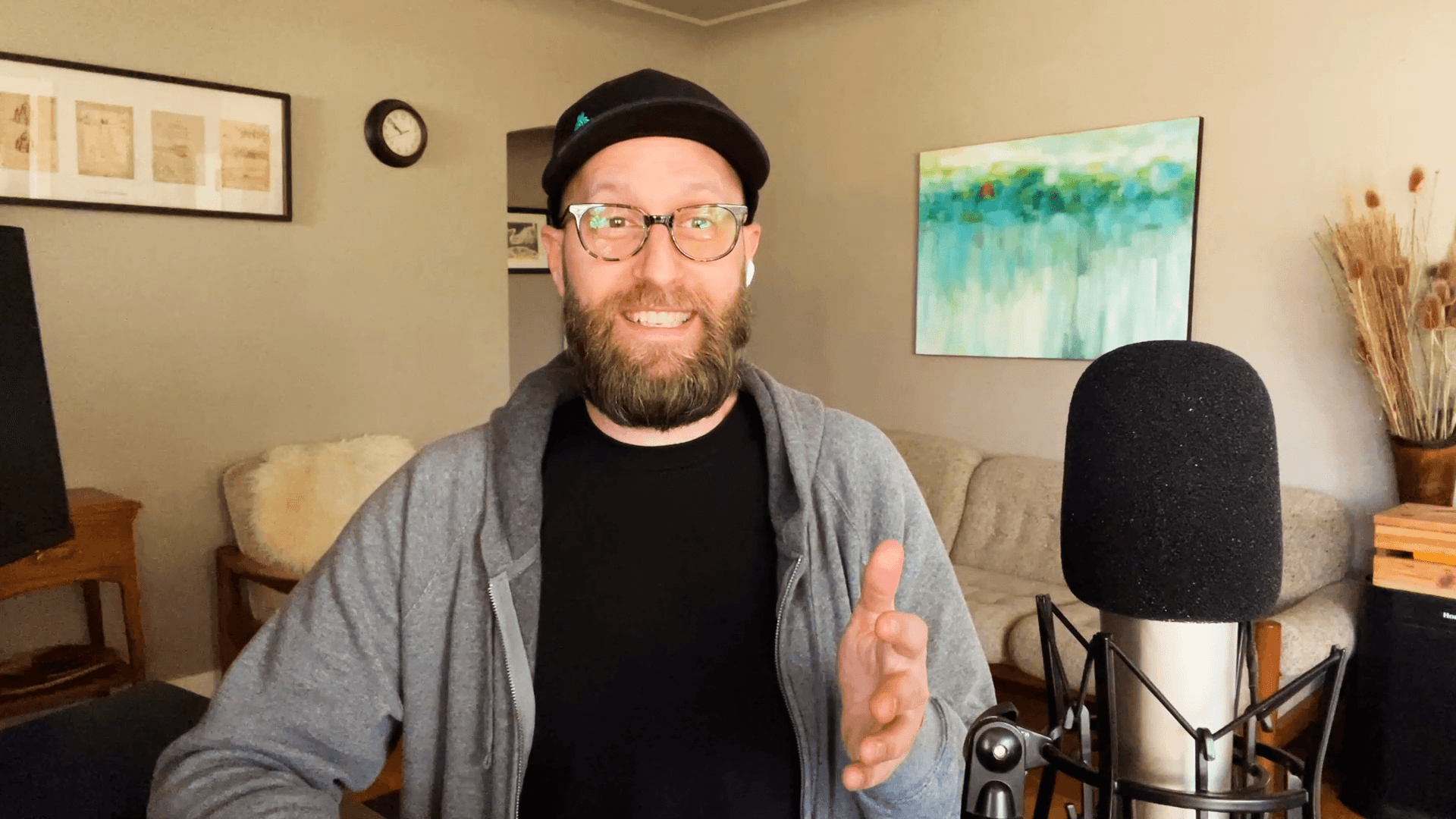 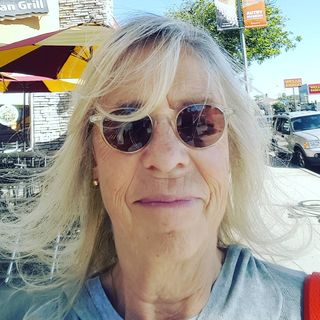 The Construction of Concentration 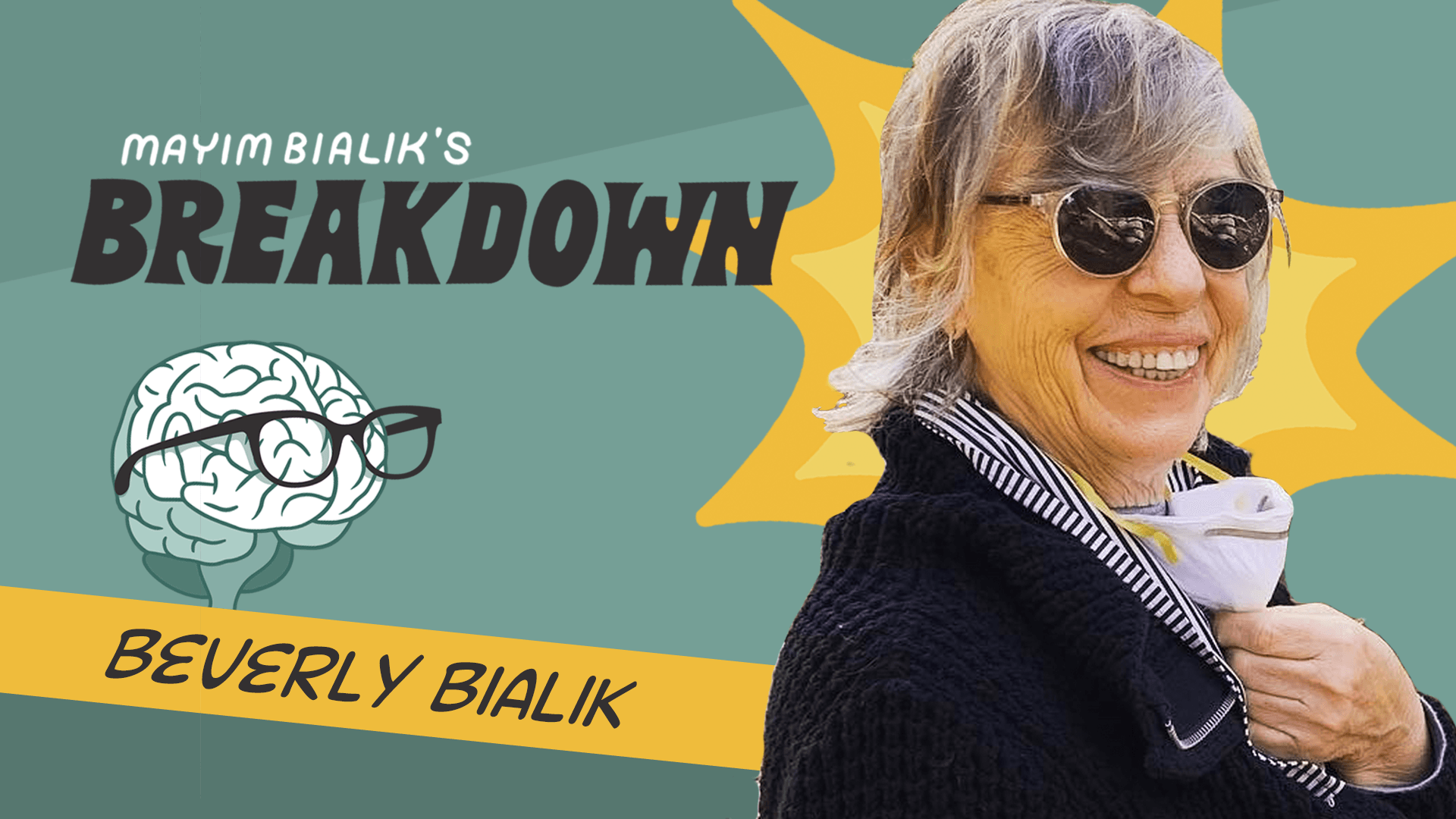 (Episode) Bevisode with Mayim’s Mom! Anxiety, Sexuality & Mind-Body Connection
Oh boy, let’s see how this goes. Introducing the first of many to come, the Bevisode… where Mayim and her mother sit down to analyze previous episodes and how the topics within them relate to their shared and individual experience in life. This week Bev dissects a few core topics from some of our earliest releases. Namely, anxiety as it relates to Grace Helbig’s episode, honesty about depression shared by Leslie Jordan, the idea of holding and the mind body connection explored by Iliza Shlesinger, plus Bev's deep connection to the testimony shared by Cheyenne Jackson during his appearance.
(Episode) Sofia Franklyn: Mug shots, Mormonism & Mayhem
Mayim brings out the introspective and reflective side of Sofia - one of the podcast world's biggest stars as they breakdown how she became the fierce, independent, and outspoken woman she is today. This spicy episode brings out Mayim's inner millennial as she and Sofia cover anxiety, boundaries, and sexual health. Sofia, an outspoken and at times unabashed spokeswoman for female sexual empowerment, talks about getting her mug shot on a t-shirt, meeting her father for the first time at 15, and how leaving her job in investment banking propelled her to internet stardom.
See More
(Episode) Sam Harris: Transcending the Illusion of the Self & Mindful Meditation
Mayim explains the benefits and historical role of meditation with her former colleague and UCLA PHD graduate buddy Sam Harris. Sam talks about his journey discovering mindfulness through an altered state as a teenager which led him to a life dedicated to encouraging others to get in touch with their base desires through a meditative practice. How do you unlink your thoughts and uncover patterns of emotion, behavior, and beliefs that no longer serve you? How do you transcend the constructed notion of who you are to access your soul? Mayim and Jonathan get put into a meditative trance by the silky timber of Sam's voice as he tackles misperceptions about meditation and explains how to access different realms of consciousness and connect to your true self.
See More
(Episode) Jaleel White: Case Study of a Young Star. Racial Identity, Basketball & MH During COVID
Mayim opens up about her days on Blossom, how she started in the industry and the huge pressures and expectations she faced. Jaleel discusses the path which led him to fame as a teenager and talks about what it was like to have so much power at a young age. Both experienced a sense of being owned by the industry and the public and share how they were trained to be deferential to adults. While they both experienced unique opportunities, including stories of 90's NBA all star games with Michael Jordan, and stories with Karl Malone and Penny Hardaway, the conversation turns to one about Jaleel's identity as a young black man in a predominantly white industry and the impact this had on his mental health and his outlook on his career.
See More
(Episode) AJ Mclean: Backstreet’s Back! Rehabilitation, Sobriety & Relapse
Mayim accompanies AJ along his journey from addiction to rehabilitation. Mayim and AJ discuss alcohol and substance use as an ongoing battle between sobriety and relapse. AJ goes into depth on the genesis of the Backstreet Boys and how his bandmates/friends helped him to see he needed help. Mayim and AJ talk about the pressures of growing up in the public eye and the difficulty of switching between “stage” personas and their own personas. The conversation segues into self-care, and AJ talks about his mountain biking, golfing, and nail painting escapades. Mayim and AJ get down to the crux of addiction: It is not about the substance, it is about why sober living is so painful.
See More